Starting from PU37 Microsoft has changed Dynamics 365 Finance and Operation development environment from Visual Studio 2015 to VS2017. This post is an updated version of my previous one for VS2015, where I try to compare the performance of 4 development configurations with the new VS2017 version.

I have chosen the following VMs:

Detail specifications of these VMs:

One thing to note: in Azure the performance of SSD disks depends on the disk size and it is different from HDD disk performance that is always 500 IOPS. 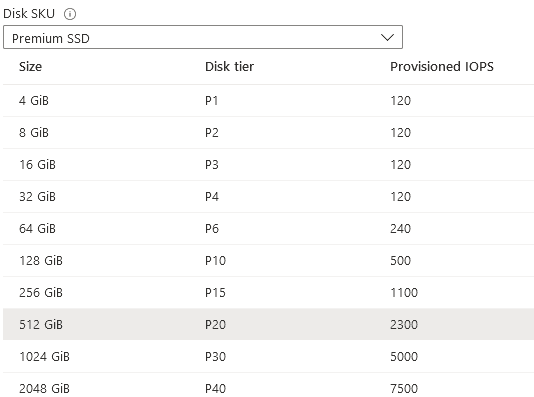 That means that in Azure world SSD disk is not always better than HDD. It is also tricky to do any tests with an SSD because they have disk bursting that can temporaly increase disk IOPS to 3500 up to 30 minutes. I did some testing with 16HDDs(500 IOPS) and 3 SSDs 512GB, 2300IOPS max( + Build 26GB ) and got the following results: for 16HDD you will get 8000 stable IOPS, for 3 SSD you get 7100 stable IOPS and Bursting can temporarily add 3500 IOPS.

Both 4 VMs have used the same D365FO version: "Finance and Operations - Develop (10.0.13 with Platform update 37)". After installation I disabled the following services:

First, let's compare overall system performance by running a full compile and full DB sync. They are not frequent operations for Dev machines, but they are very resource-intensive and it allows us to find out VMs overall capacity.

For the compile task I got the following results: 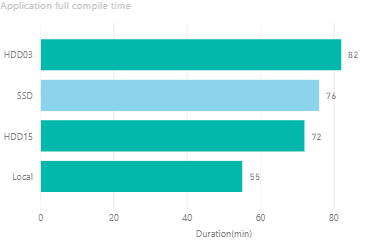 The compile times are longer than in previous test with VS2015 and 10.0 version.

Next test is a database synchronize:

Synchronize operation is an IO and CPU-intensive task. Local VM has a more powerful IO system, and a more powerful CPU, that explains a better result. SSD VM performed better compared to HDD in this test due to faster disks. And again for all VMs there is ~30% performance decrease compared to VS2015.

To test performance for more frequent developer tasks I chose 2 tasks: time to hit breakpoint and time to display 'Hello world' message from the job. In AX2012 both these tasks have a near-zero execution time, so you don't need to wait.

Before the test I opened the D365FO main screen, to warm up the system cache.

To prepare for this test I switched off 'Load symbols for items in the solution'. Then I opened AOT, searched for a SalesTable form and added it into the new project and marked the form as a startup object. After that I opened the code and added a new breakpoint to the init() method.

Time in this test is the time between I pressed Start and the time when the breakpoint was hit.

For HDD03 VM this test initially failed(I got a Timeout message).

Two tests were performed to see how the cache would change this time. 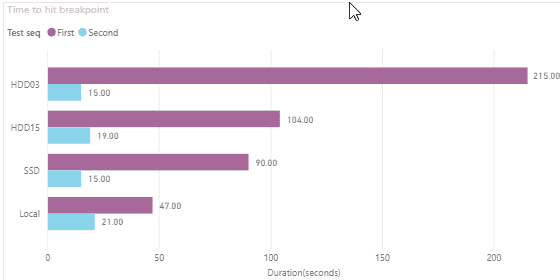 This test was performed straight after the breakpoint test, but I restarted Visual Studio. In this test, I created a new project and added a Runnable class with the following code

On the second run, I changed this text to "Hello world2". On the Third run I didn't change the text, just ran the same job.

I measured the time between pressing Start and the time when the message displayed in the browser.

Here are the results:

The problem is that for HDD based machines the test failed in the first attempt, Visual studio just hung. The solution was to kill the process and restart it again(that explained that HDD "First times" are better) 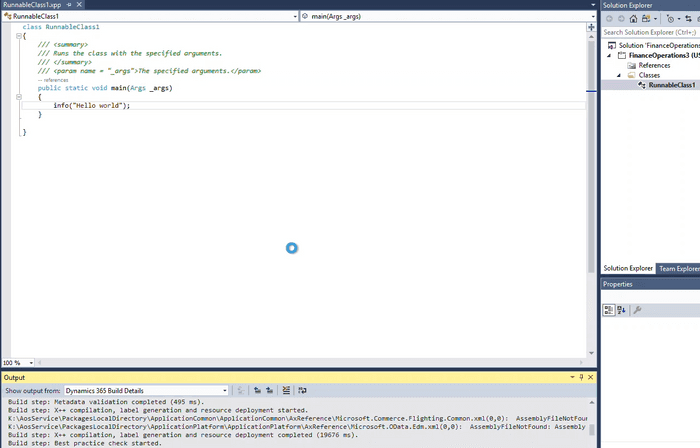 Let's summarize the current recommendations based on these tests for Visual Studio 2017 D365FO development environment and what to do if it is slow:

I will also try to repeat the same tests after the next D365FO release, it will be interesting to compare the progress in this area. Any comments are welcome.